it's mostly going to just affect how she reacts to herself along the way and i will be working on it so i don't force anyone to feel bad about their own selections and its just a minor thing that will affect bigger events closer  to the end of the game. 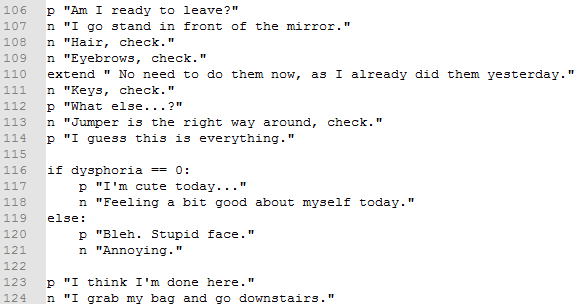 its part of Irina's character to act all tomboy and use language like this, but i felt like making her use gendered language on the main character could cause some bad feels and dysphoria for the actual players playing it, so i put in a system that changes the  language depending on the players own selection. 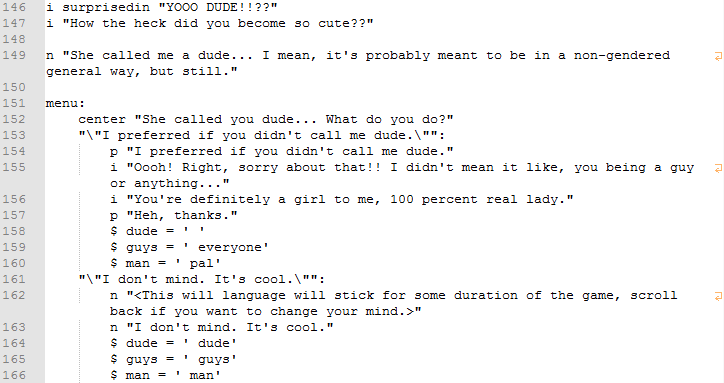 Get drifting in circles // demo

you're back home, everything has changed, but so have you